When the dog killed the chickens I got home in time and only one had been eaten, by a totally different dog then the one had killed them.  I went ahead and stuck them in the freezer (waste not, want not) to butcher later when I had time, it was late evening when I found them.  The we’re laying hens, that had just started laying again when the dog killed them.

While I was butchering them I found this inside: 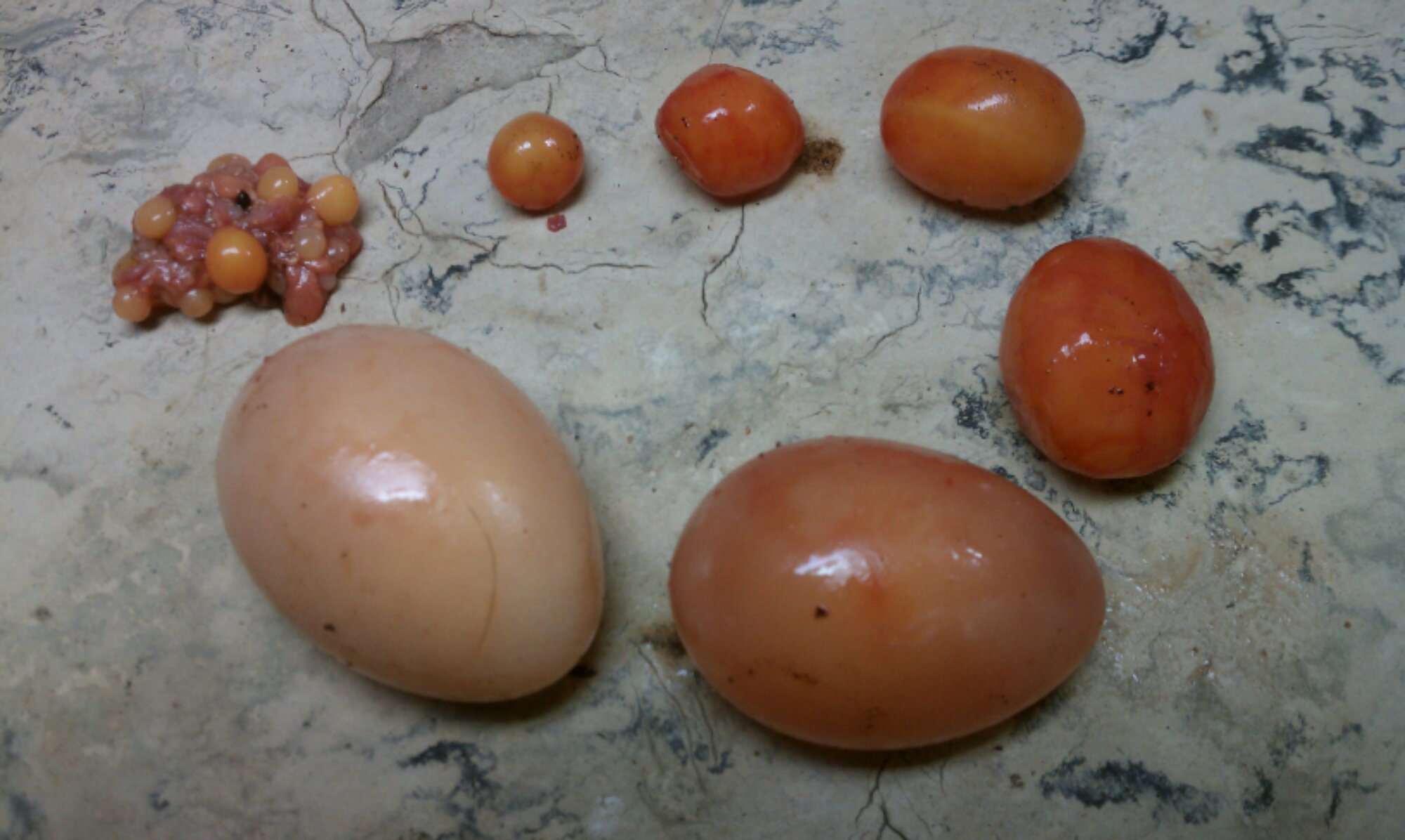 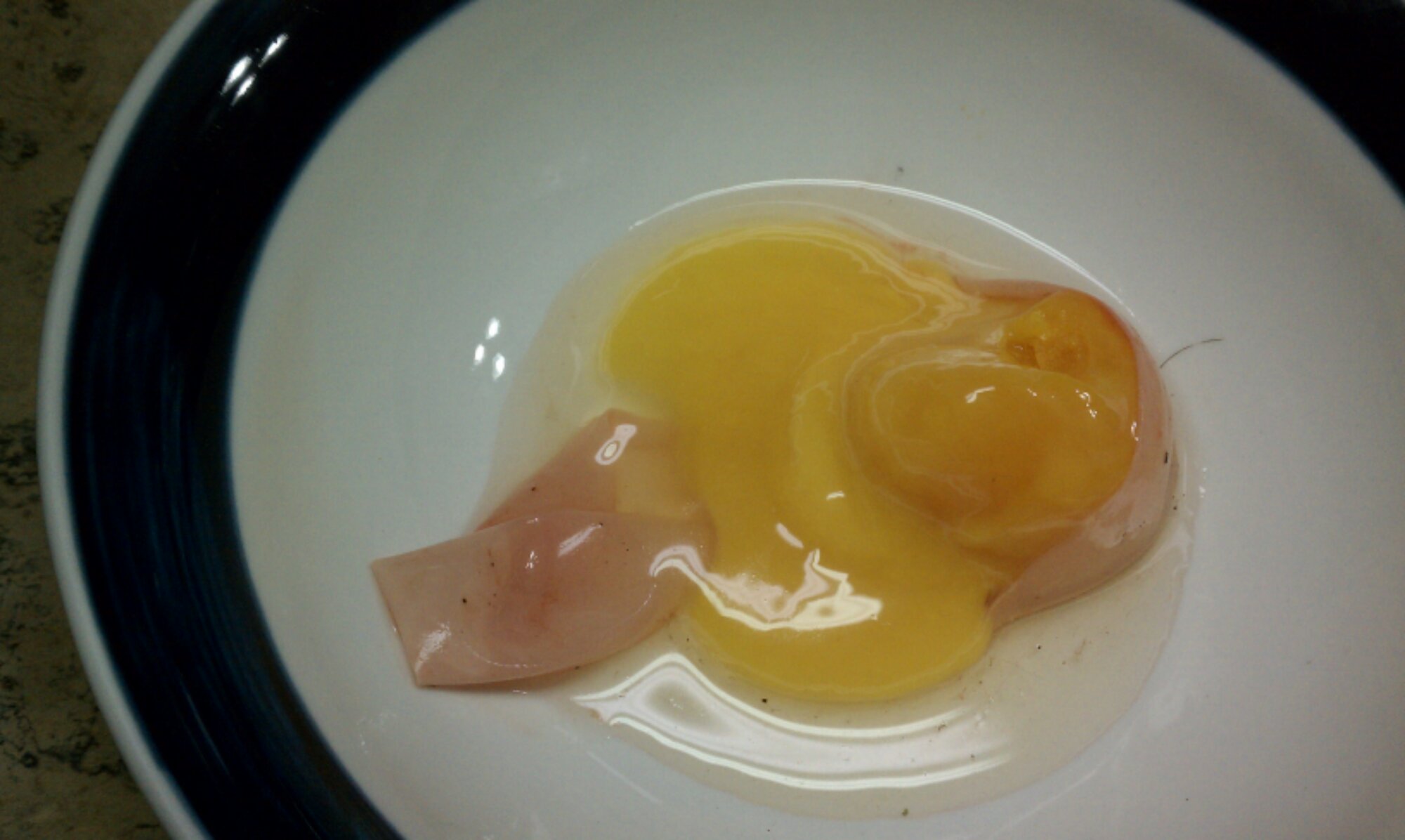 It was the first time I’d ever seen it and I thought it was super cool.