I went to my very first seed swap last weekend.  I ment to go to this one last year,  however,  I didn’t have any seeds to trade,  even tho they say you don’t need to bring anything,  and somehow I missed it.  I think it didn’t end up on the calendar somehow.  I almost missed it this year too… Somehow I managed to run across  it on Facebook.   I made sure I signed up for the group running it this time so I don’t miss it again next year.

It was set up in a medium sized room,  probably 50 x 20, with tables set up around the perimeter.  There were a couple of vendors there sharing information   but they weren’t there selling as far as i could tell,  everything at the swap was free. All the tables were covered with seeds,  broken loosely into categories.  Fate and I arrived around noon (it ran 11-2) and the place was packed. I probably should have snapped some pictures but there was so many people it just didn’t occur to me,  next swap I will bring my phone instead of my tablet.  I will also leave my purse in the car,  easier to maneuver that way.   There was no real rhyme or reason to the flow of people,  you basically had to float from table to table and wait for there to be room,  then slide in.

I just took my seeds in the coin envelopes I bought,  labeled what they were,  and as I went around getting the seeds I wanted I dropped them off at the appropriate tables. Some of the seeds were in envelopes that people had labeled and put out. Basically you pulled out a few seeds and put them in one of the envelopes you brought, then labeled it. Some people had their seeds in little packets: 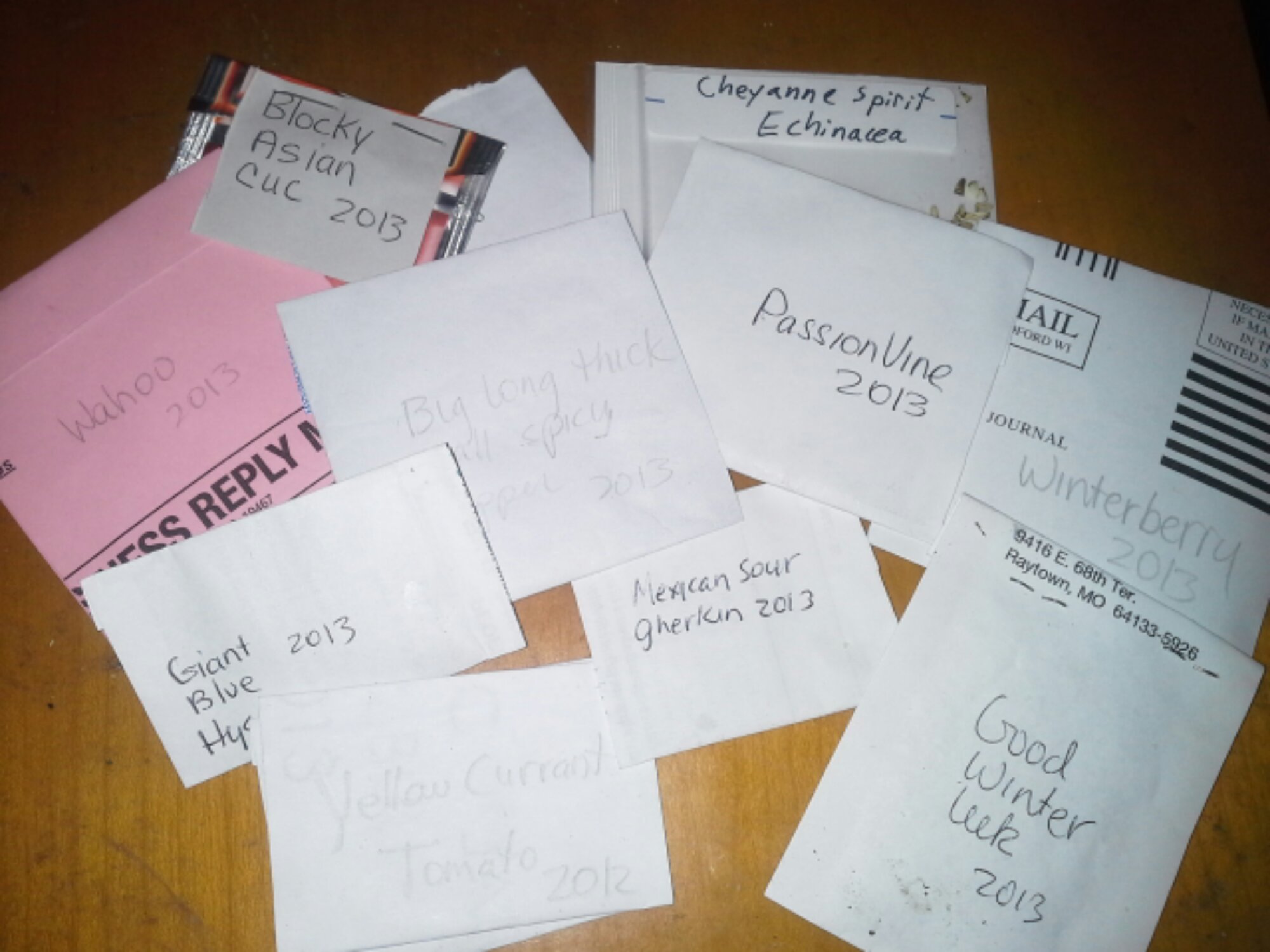 The idea being that you took one of the packets, like so. Others just put them in bulk and I put them in my own envelopes: 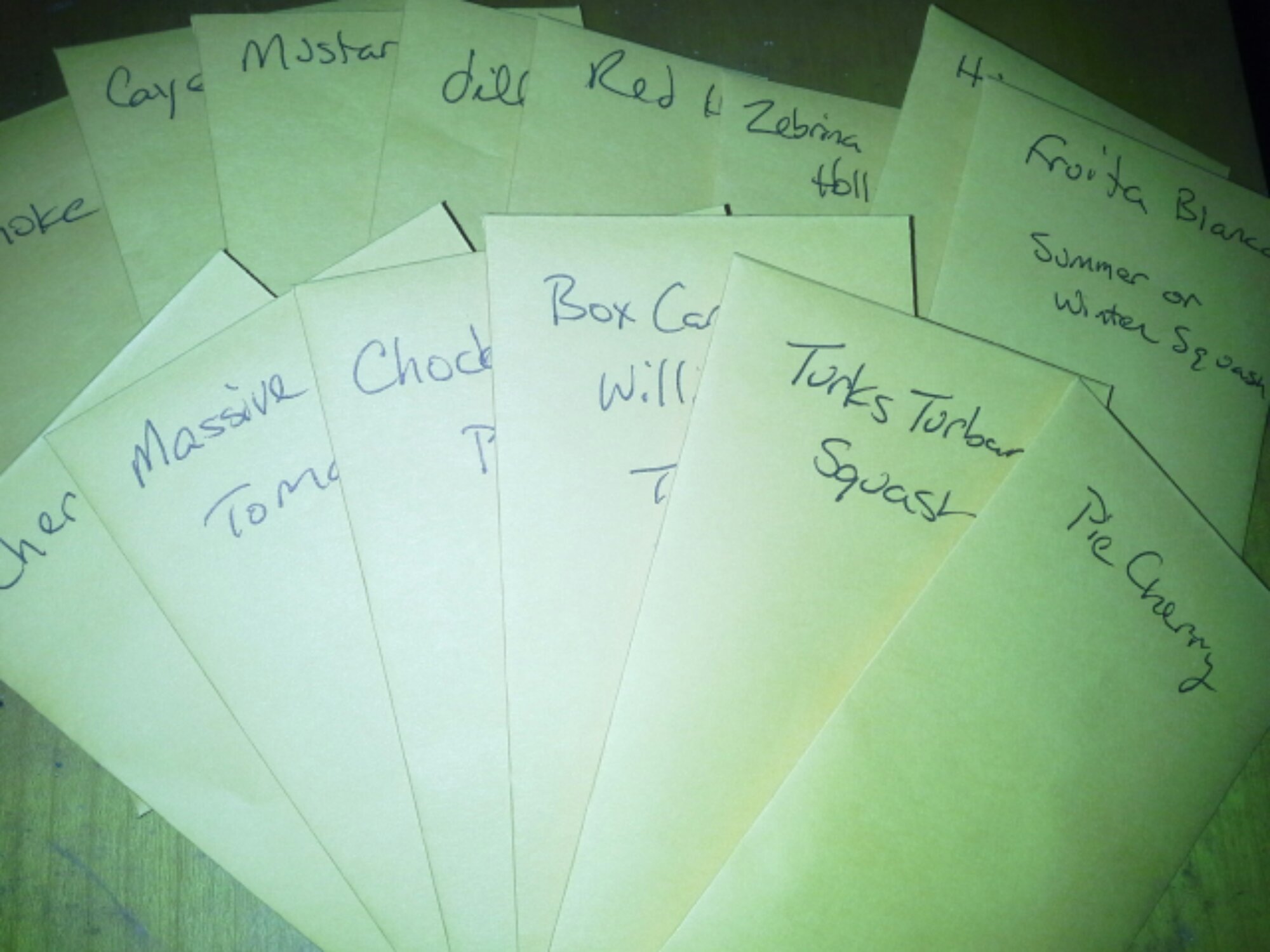 All of those are how they were called and spelled on the envelopes I got them from. A few of them I am going to have to do some research on to see how to get them started. My brother brought over some 4 bulb florescent lights for me today, I need to get something set up with them so I can get some plants started over here. Mostly my flowers and the new peppers and tomatoes I picked up this weekend for now, but soon cole crops need to be going in.

I’m really looking forward to the next seed swap in a couple weeks. I have some more seeds to take with me to that one, and I’m excited to see what other people will be bringing.